Trail 1 begins from the port of Hydra, by the clock tower, where the trails main map is located. Passing the picturesque cobblestone alleys of Hydra it ascends to the old quarter of Kiafa with its “Kala Pigadia” (=good wells) and, after visiting the Church of Agios Konstantinos of Hydra, it enters the pine forest heading towards the Monastery of Profitis Ilias, gazing at the town of Hydra from above. Passing the impressive stone path and the monastery, hikers have the choice of visiting the nearby monastery of Agia Efpraxia or “climbing” the trekking trail to Eros summit, the highest summit of the island, and enjoying the 360 degree views. The trail continues with a southwesterly course, providing views of the least known southeastern side of the island and the Aegean Sea. It passes by the chapel of Agios Mamas and descends towards the islands oldest settlement of Episkopi, which is situated on a plateau of the island, away from the sea. Surface findings indicate the presence of settlers even before antiquity in the area. From then onwards the trail turns north, following a gravel road, to end up at an old stone path that descends towards the bay of Palamidas in order to return to the town of Hydra following the coastal path that will allow hikers to visit all the settlements and small harbours that lie along the northwestern side of the island as well as the stone-built, arched bridge of Vlychos, such an unexpected structure on an island.

Setting off outside Episkopi, the trail exits the settlement and ascends towards the area known as Zogeri, where farmhouses and cultivated fields dot the landscape. Following rocky and dirt trails that cross open plains or dense pine forests it heads towards the western tip of the island where Bisti beach is situated, as well as the small chapel of Agios Georgios Bisti nearby. 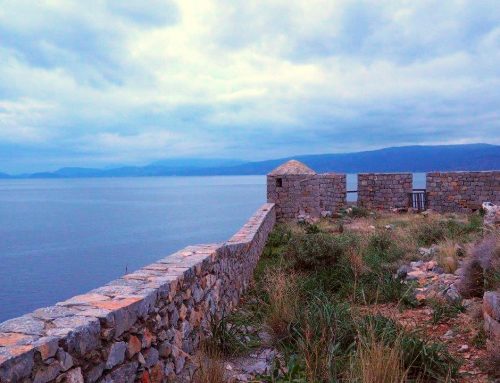 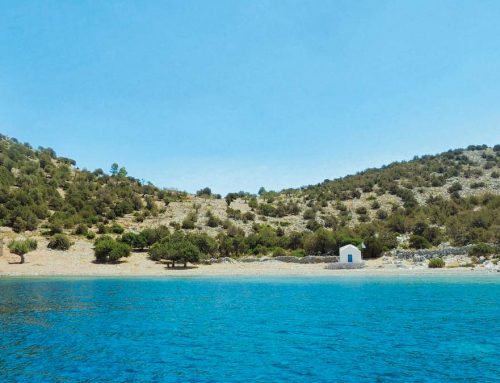